The singer was honored to be the bridge at the Vietnam U23 team's exchange with the fans, afternoon 4/2. 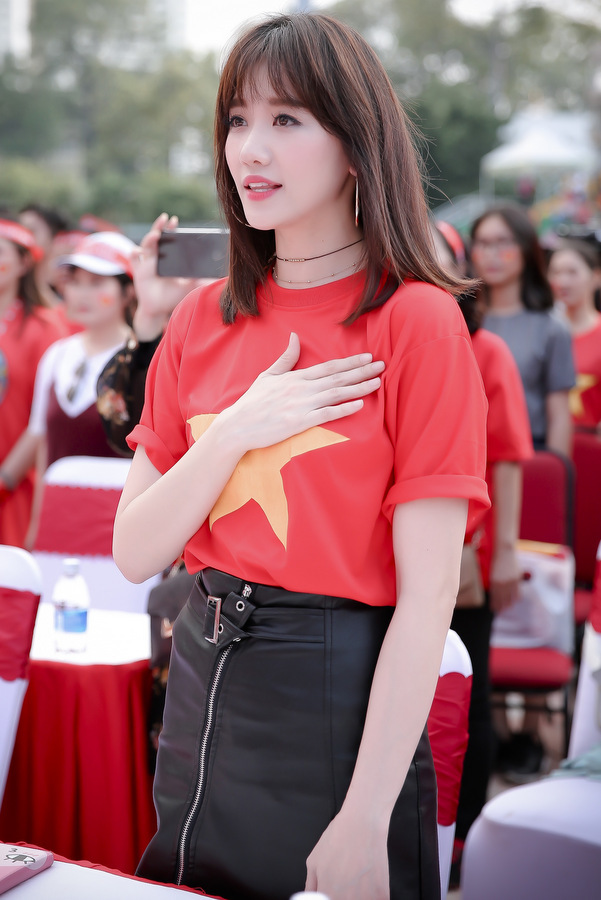 In the afternoon of 4/2, the celebration and exchanges with U23 Vietnam team after winning the trophy of Asian Football Championship - AFC U23 took place at Thong Nhat Stadium, Ho Chi Minh City. In picture: Hari Won singing the national anthem with fans. 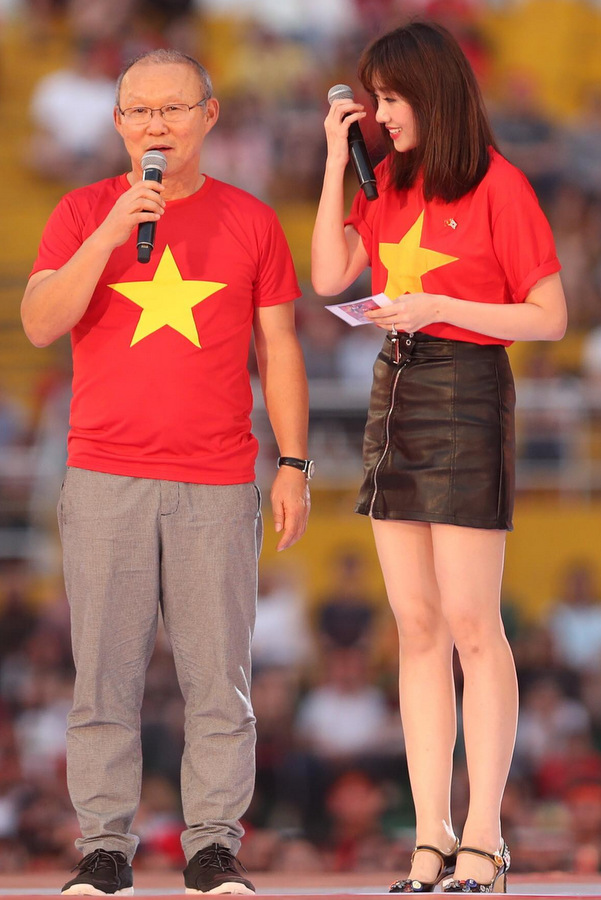 MC Zheng Cheng helped the organizers translate the talk of Park Hang-seo as well as his Korean assistant. 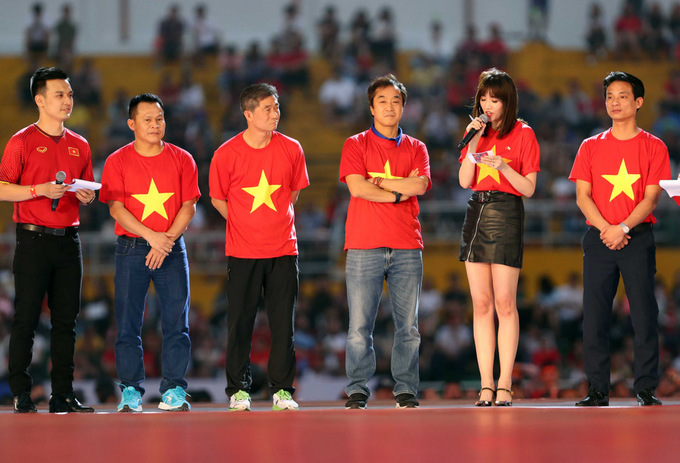 Hari shared that she only played a small role in the show, although she was honored to be a bridge between the Vietnamese audience and the coaches and players. The singer said that Park Hang-seo coach is the pride of Korean people, especially those who live in Vietnam like her. "I am impressed with his humility, and he says that the players and the players have to work harder to achieve success in the future," the singer said. 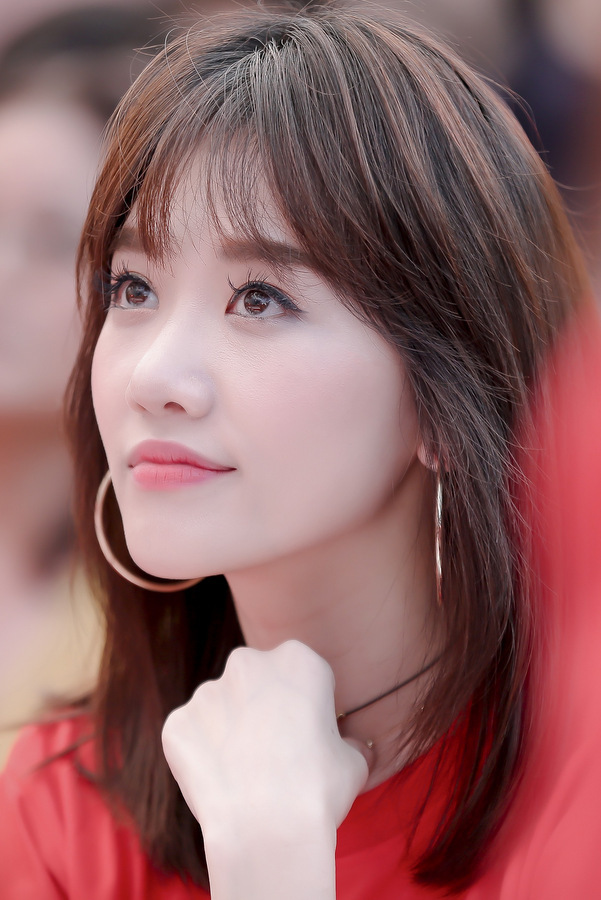 After the translation, the beautiful people return to the seat to continue watching the program. Hari Won translated articles interviewed with Park Hang-seo in Korean to Vietnamese and shared on the fan page to better understand the fans. coach. 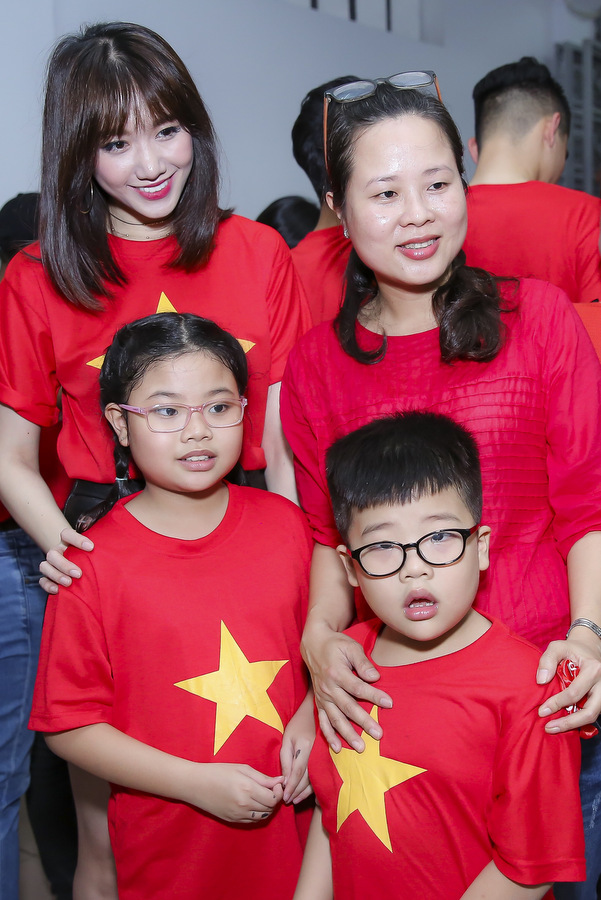 Singer photographed souvenir with the audience behind the scenes. 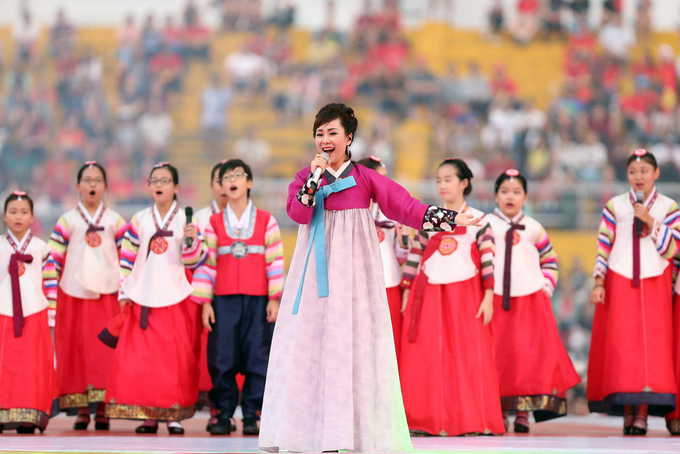 Previously, the organizers also brought a traditional music and dance show performed by the Korean singer as a thank you to the coach. The U23 team is present in Ho Chi Minh City from 2/2 to participate in many exchanges, interviews ... Famous names loved by fans such as: Bui Tien Dung, Xuan Truong, Quang Hai, Van Thanh, Duy Manh and Van Duc ... all appeared in the ceremony at Thong Nhat Stadium.